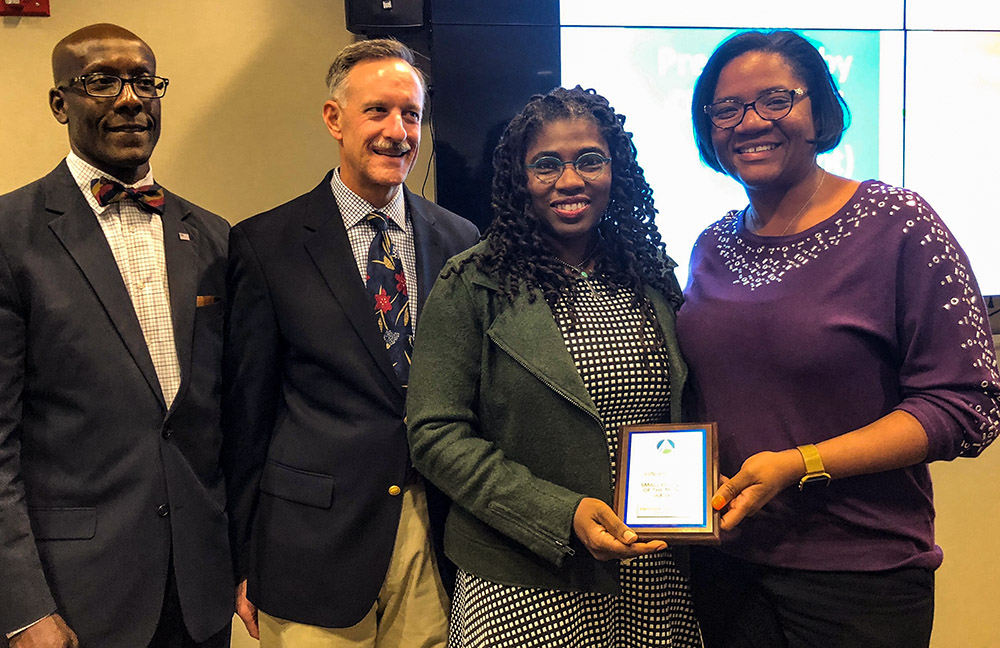 Aerotropolis Atlanta — Professional Human Resources consulting group AETC was recognized as the Aerotropolis small business of the month at the October Board meeting of the Aerotropolis Atlanta Alliance.
After spending more than 10 years at Hartsfield-Jackson Atlanta International Airport as a Consulting Manager in operations and retail, Shawnalea Garvin founded the Airport Employment and Training Center (AETC) to serve not only the business owners at the airport, but also their potential employees.
“I’ve always believed that we have an obligation to mentor the young people in society and teach them to how to help themselves,” Garvin said. “Our business is about people, people, people, and putting them in the right place.”
Staffing, customer service training and professional development was a long-standing need for Hartsfield-based restaurants and retailers, Garvin said.
“When I was working in retail at Hartsfield-Jackson, there was nobody looking out for the workers, no central organization or body that made their development a primary focus,” she said. “Matching the right people with the right jobs and opportunities was a natural fit.”
East Point Mayor Deana Holiday Ingraham said that AETC’s mission was critical to city-wide and regional growth.”
“Continuing professional development of workers is not just a boon to employers, but those workers themselves, because once they start on an upward path, they tend to stay on it,” Holiday Ingraham said. “I’m very proud of Shawnalea and glad to have her business in our city, empowering people professionally.”
The Aerotropolis Atlanta Alliance, in partnership with the ATL Airport Chamber, selected AETC as its Small Business of the Month for October. The company also qualifies as a finalist for the Aerotropolis Atlanta Alliance’s Small Business of the Year Award, to be announced at the State of the Aerotropolis luncheon on Dec. 14.