13 Cities, Over 90,000 Acres of Undeveloped Land, Over 3,200 Acres of Green Space and Over 13 Million Square Feet of Available Office Space Are Powerful Indicators Making Aerotropolis Atlanta a World-Class Destination

ATLANTA, GA – Dynamic! Powerful! Captivating! These are just a few of the descriptors that can be used to capture the essence of the recent BisNow: Future of the Aerotropolis event, held on July 18th in Atlanta, GA. This newly coined event was well attended with over 300+ people, representing stakeholders, property owners, investors, developers and industry professionals. There were several powerful speakers that offered an inside scoop into the current state of the Aerotropolis Atlanta region, as well as the game plan for future development and growth, sparing economic vibrancy with workforce opportunities and creative pipelines for our educational programs in the area. 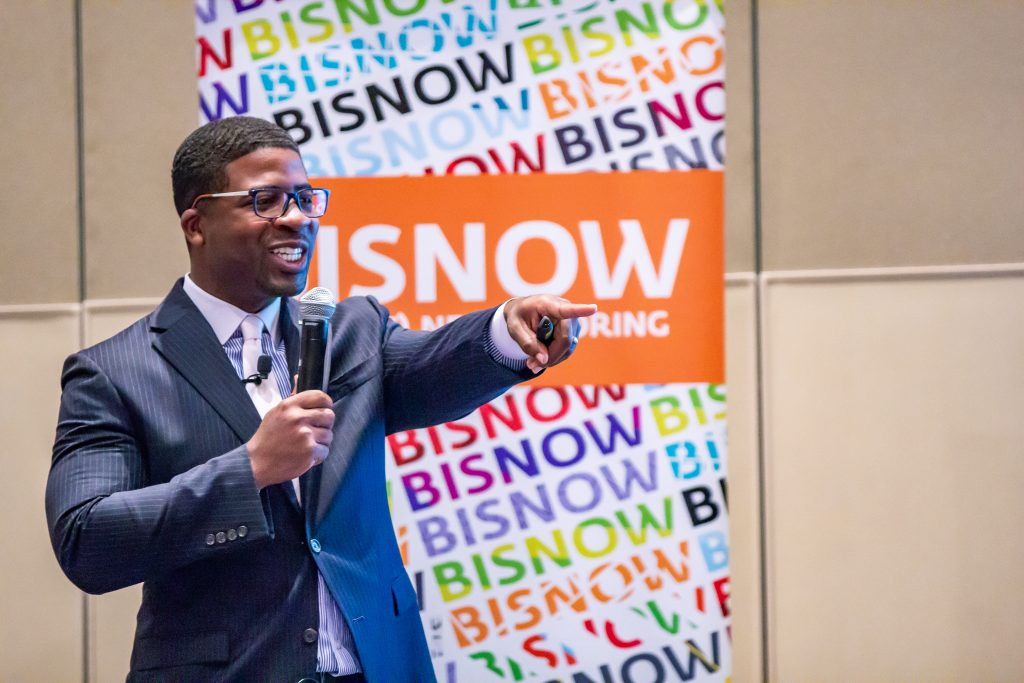 The President & CEO of Aerotropolis Atlanta Alliance, Shannon James, kicked off the event with a well-rounded scope defining this area, recognizing key partners that have been vital to the current success, and offered opportunities that showcase the future for this area. Founded in 2014, the Aerotropolis Atlanta Alliance has been the driving force behind the revitalization of the area around Hartsfield-Jackson Atlanta International Airport. They are a non-profit membership organization and a coalition of leading business and community leaders – united in their commitment to making Aerotropolis Atlanta a world-class destination for business, connectivity, and living. Governed by a 38-member board of the district’s top private sector leaders, local Mayors, County Commissioners, and Chambers of Commerce, their mission is to improve  and sustain the quality of life for those who live, work, and play here.

“Representing 13 cities, two counties, nine Opportunity Zones, three Corporate Headquarters and three National Historic Districts, Aerotropolis Atlanta is the next premier business district! Our AERO ATL Blueprint targets investments in the area’s core, focusing on the communities and businesses that surround the world’s business airport, Atlanta Hartsfield-Jackson International Airport. Couple this with our pirouetting approach of focusing on Workforce Development and Training, Education and Economic Development we are creating an ecosystem that fosters opportunities for economic competitiveness.”

James offered that by partnering with key collaborative partners that include: Aerotropolis Atlanta Community Improvement Districts, Chick-fil-A, Delta, Georgia Power, Hartsfield-Jackson Atlanta International Airport, Porsche Cars North America, and Woodward Academy (to name a few) we are creating a recognizable brand that leads to regional economic competitiveness. “By serving as the coordinating body of the local governments and businesses in the area, we are the Aerotropolis Atlanta brand ambassador. We work hard to help create the vision about the Future of the Aerotropolis through engaging events such as this BisNow event, Bus Tours, Meet & Greets, Roundtables and our annual State of the Aerotropolis event on December 12th”, said James.

Some of the other key partners that participated in this event, such as the City of College Park, represented by Artie Jones, Economic Development Director, Aerotropolis Atlanta Alliance Board Members Ryan Millsap of Blackhall Studios and Brett Duke of Atlantic Pacific Real Estate Group, and Aerotropolis Atlanta CIDs Board Member, Steve Berman, wowed the crowd with specific insight on current and upcoming projects. The topics ranged from future developments in places like Airport City in College Park or Mountain View in Clayton County, to innovative transportation solutions such as the Diverging Diamond Interchange on Camp Creek Parkway and the Transit and Feasibility Studies being led by the Aerotropolis Community Improvement Districts to how the Aerotropolis Atlanta region is becoming more attractive to commercial tenants looking for Class A office, hotel and housing opportunities. Overall, the essence of this event allowed participants and attendees to embrace that the future of Aerotropolis Atlanta is as an economic gem that will bolster South Atlanta’s credibility and continue to elevate the quality of life for those who chose to live, work, and play in the area.